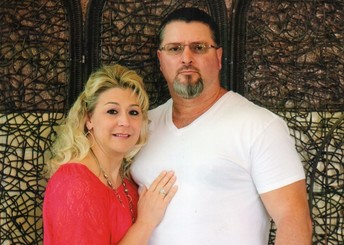 I rejoice in and live to proclaim God's amazing grace and truth, which He has given to us in His Son Jesus Christ. Without His grace and truth, I would be hopeless. I was raised a Jehovah's Witness by my mother, and my father is a professing atheist. I have good memories from my childhood, but our home was violent and broken. From my earliest years, my father was emotionally and physically abusive to my mother, which ultimately led to my parents' separation. In adolescence, I turned to sex as both a recreational and emotional outlet. Starting at twelve, I was severely addicted to pornography and sexually active. As I got older, I moved beyond girls my own age, and, whether single or married, no woman was off-limits. And in vain pride, I was inherently good in my own eyes. But when I was twenty years-old, through the reading of His Word, the Lord opened my eyes to see Him, made me alive to Him to love Him, called me out of my self-centered sinful lifestyle and saved me. Then two years later, through much study of His Word, He led me away from the heretical Word of Faith movement, having been led to Him by someone involved in that movement. Therefore, I can only echo the Apostle Paul in saying "by the grace of God I am what I am." (1 Corinthians 15:10, NASB) His "grace and truth came through Jesus Christ" to me and changed me forever (John 1:17, CSB).  He is still changing me for the better, as He conforms me to our Lord. Now, I have been a son of God since 1995, a preacher of God's Word since 1997, and a pastor of God's people since 2000. I am the husband of one, the dad of six (three with the Lord), and the granddad of three—a reader and writer—a lifter and sifter of weighty things--"all to the glory of God." (1 Corinthians 10:31, NASB)

I have little formal education, being mostly self-educated and persisting in advancing in the knowledge of God (theology) as it relates to all other knowledge. I believe in the importance of Christian academia, but, at this time, the Lord has not opened a door for me to fully pursue it at the formal level. However, I believe my calling to the ministry—the service—of the Word (Acts 6:4) is clear and irrevocable. Therefore, I prayerfully and diligently study to stand before God and others unashamed, straight-cutting His Word of truth (2 Timothy 2:15). No matter how much education I attain, I will always keep in mind this observation about two of the Apostles: "Now as they observed the confidence of Peter and John and understood that they were uneducated and untrained men, they were amazed, and began to recognize them as having been with Jesus." (Acts 4:13, NASB) Even if I am seen as an uneducated and untrained man by worldly or formal standards, I hope it is clear that I have been with Jesus and that being with Him fits me for rightly representing Him. That is the only recognition that I want as a benefactor and minister of His grace and truth.

I hope you find the resources here helpful in your own walk with God, as you grow in and go into the world with His grace and truth. Please click "Contact" under "More" and let me know if I can help you with a question or concern, or how I can pray for you.